Showing posts from June, 2013
Show All

June 21, 2013
Midwinter is a major time of year for quite a few religions, and there are an assortment of myths set at that time of year which serve to structure ritual and thought for adherents of those religions. There are also more secular midwinter tales ~ Dickens' 'A Christmas Carol' is arguably far more iconic and influential a tale than many mythological stories.
Midsummer, by contrast, has fewer religious stories attached to it. There are a number of Central European stories which associate this time of year with healing ceremonies linked to water ~ be that rivers, lakes or the morning dew. It is also a time when various fairy troops ride abroad and can, if treated with proper respect, impart blessings to those lucky enough to encounter them.
Goidelic mythology has one battle that takes place at midsummer, beyond that the only other mentions are really connected to Manannan mac Lir the son of the sea (that water symbolism again) who's tribute must be paid by the people of th…
2 comments
Read more 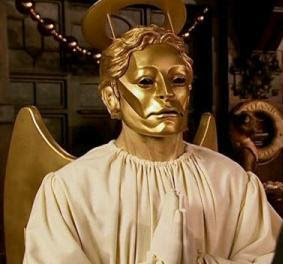 Some years ago I had a series of what I call narrative dreams ~ stories that unfold in my head, sometimes whilst I'm asleep but also often repeated during day dreaming moments. My narrative dreams combine elements of watching something, as if on a TV screen, with elements of hearing a story being told by some unseen presence. Some of these narratives are somewhat obscure and a bit boring (there's one frequently repeated one about a teenage lad in America from a zealously fundamentalist family who converts to paganism, to much consternation, and I usually return to consciousness round about the point when his parents have burnt all his "unholy" books and redecorated his room in a manner they deem wholesome) and some have more potential, such as the plot for my sixth book which I'm not repeating here yet!
I think it may be an endemic thing to storytellers, that we keep drifting in to other peoples lives... or maybe it's just that my life is a bit boring so I kee…
Post a Comment
Read more 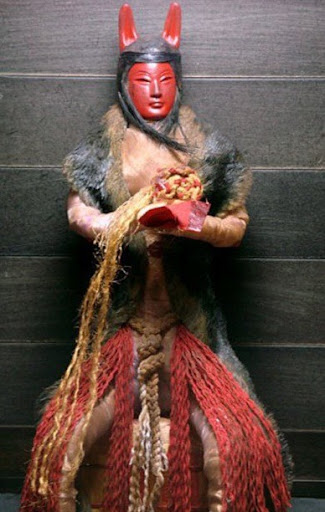 This poem was written for a friend of Chinese heritage, and I am thinking about reading it at the Gloriously Other LGBT poetry event in July in Ipswich.
It is inspired by the Taoist myth told of a young soldier, Hu Tianbao, who fell madly in love with a pompous government official and took to mooning over him. The bigwig did not notice until after the unfortunate day when Hu was caught spying on the dignitary whilst he was in the bathhouse. Enraged, the man had Hu beaten to death ~ whether this was plain old fashioned homophobia  or social snobbery towards a humble soldier for daring to lust after an Imperial flunky is ambiguous.
When the poor soldier arrived before King Yan, judge of the dead, it was deemed that he had died for love and so was not deserving of infernal punishments. The case was sent to the celestial realms, where it was adjudged that Hu should be raised up as a god and renamed Tu-Er-Shen, the Rabbit God. He has been a patron of gay lovers ever since.
His cult became pro…
Post a Comment
Read more

June 13, 2013
The meaning of life is a topic that has taxed the greatest (and the least able) minds since the dawn of human existence. It was brought to mind again recently in a discussion with a friend who suggested that having a meaning to one’s life was vital to good mental health. Numerous psychologists, philosophers and scholars agree both a sense of purpose, and the degree of spiritual reflection that precedes finding a purpose, are highly beneficial. It is better to have a sense of why you are here than to merely trudge from day to day in a largely pointless routine. In fact, many have argued that just having a purpose in itself is actually far more important than the exact nature of the purpose.
One of the key questions in the matter of meaning is the source of that meaning and what is actually more than a linguistic nicety ~ do we discover the meaning of our lives, or create it? That is to say, is the meaning already determined (whether by a god, Wyrd, karma or anything  else) and therefore…
4 comments
Read more
More posts