Beauty and the Beast

June 27, 2014
Many readers will doubtless have one or more works by Marion Zimmer Bradley on their shelves. Whilst she became a Christian in the latter years of her life, she had a tremendous impact on the emerging pagan community of the English-speaking world – most especially through her Avalon stories.
Bradley has now joined the ranks of those tarnished celebrities whose unsavoury sexual tastes have been exposed during the last couple of years. Her ex-husband and fellow author, Walter Breen, had himself been arrested for child molestation in the early 1990s and died in prison. Recent claims by Bradley’s daughter, Moira Greyland, have declared that not only was the late author aware of what her husband got up to but, to some extent, participated with him.
How accurate such claims are it is hard to assess, however many pagans on the Net are declaring that they will clear their shelves of her books, feel unable to ever read them again, and so forth. Without dwelling on the specifics of this case, the relationship between a creative person and their works is an interesting one from the audience’s point of view.
A great many creative people over the millennia have been deeply flawed characters ~ vicious drunks, drug addicts, lechers, criminals, bigots, domestic tyrants etc.
Knowing nothing of an individual frees the audience to enjoy their music, art, literature etc. without any qualms or any perceived implication that, by purchasing or enjoying creativity one somehow condones every single thing about the maker or performer in question.
Yet such is the nature of experiencing beautiful or inspiring works that most of us are keen to know about the 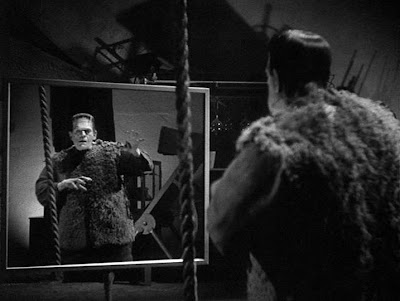 painters, composers, actors, authors and so forth whose skill and insight have enchanted us. If we love the work, we want to be able to love the creators too. We assume that created works must reflect the character of the creator (a state of mind frequently found in religion too). this can work against the artist, as many horror and crime writers have noted ~ audiences often assume they must be as bloodthirsty and brutal as the novels they produce! Sadly it is all too often difficult to like the person we discover. It may be impossible to make a silk purse from a sow’s ear, but it is often the case that fragrant roses grow from reeking manure.

It is a dichotomy of human nature that Dickens could write so passionately and insightfully about the plight of the poor and oppressed, yet treat his own wife without jaw-dropping callousness and use his own children as pawns in a domestic war. How are humans able to create beauty one minute and perpetrate ugliness the next? It is, perhaps, one of the great mysteries of human nature that some of the most profoundly spiritual and uplifting works of art can emanate from people who have the emotional maturity of petulant 12-year olds and the sexual sophistication of alley cats.
Whilst there are people who are exactly as lovely as the things they create, it frequently appears to be the case that a painting, concerto, sculpture etc. can emerge from someone without seemingly having touched the sides. Neither rubs off on the other.
Is it the case that some people’s divine spark is confined entirely to their art, and exists in spite of unpleasant egos? Or maybe the art stems from outside the individual, a Muse perhaps, and like a shaft of golden light falling through a latrine window, is unsullied by the stench around it?
Yet even if the vision that motivates a creative act comes from Elsewhere, it must pass through the lens of the artist’s mind first. The question then, perhaps, is to what extent does an odious trait pollute an entire character? Does a warped sexuality, a brutal temper, or financial dishonesty permeate and corrupt artistic vision, literary genius, or scientific inventiveness? In some creative endeavours the answer is undoubtedly yes ~ particularly those media where the creator narrates their thoughts (poetry, novel or song writing etc.) In other media, it is difficult to see how it can make any real difference.
The degree to which creators and their creations are intertwined is a highly debated subject, and when all is said and done whether a person wishes to keep reading Mists of Avalon or cast it to Oxfam is entirely their own prerogative. Likewise with their Gary Glitter record collection or any other thing that might now be tainted by the deeds of the maker/performer.
Books Creativity Pagan People Performance Philosophy