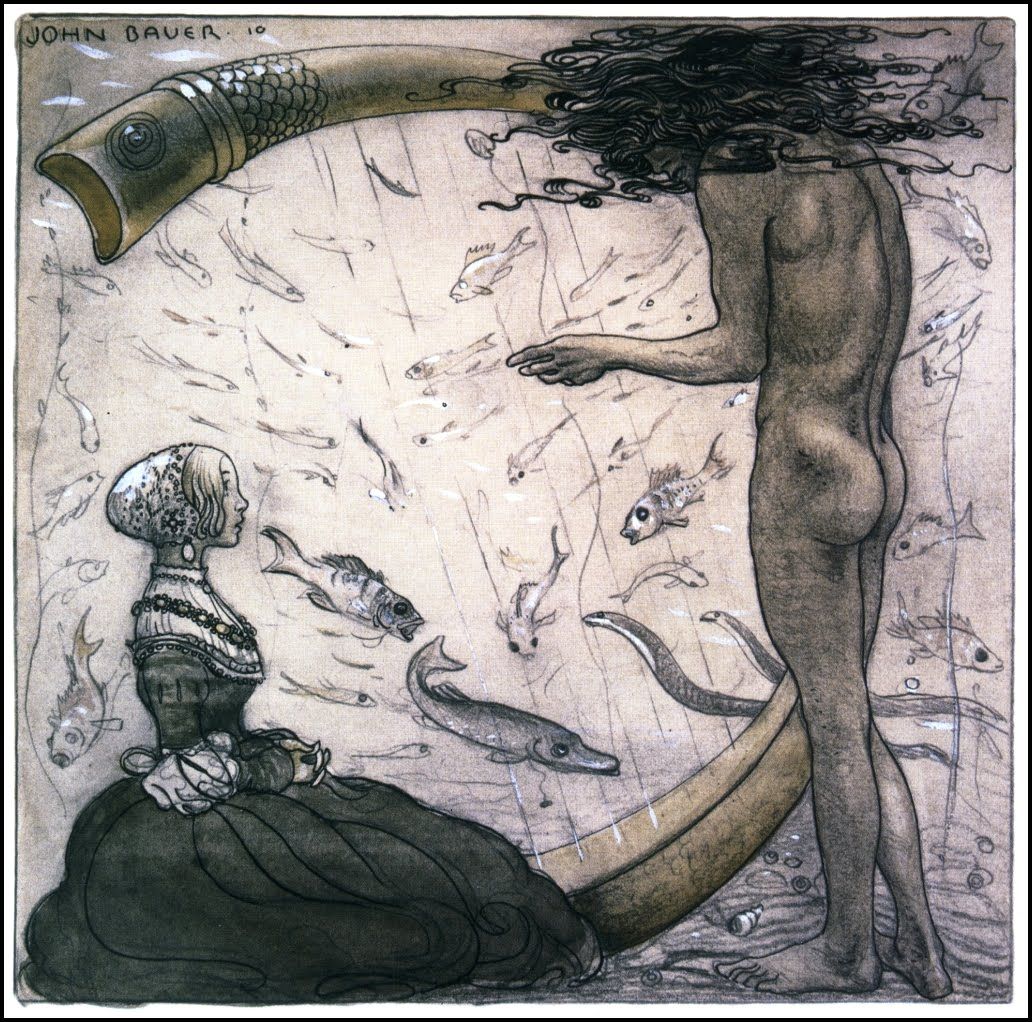 The at work is by John Bauer, a wonderful illustrator of fairy tales. Both the story and the artist were suggested by one of the people who subscribes to my YouTube channel. I do occasionally pay attention to people in the real world!